FORT MYERS – At a Florida nightclub, two people were injured, and 16 wounded when a gunman entered the club and opened fire on the crowd.

The incidence took place after 1:00 am at Club Blu in Fort Myers.

The mass shooting took place at a privately held party for teenagers starting from the age of thirteen. In an official statement, the police have said that the 16 people who were wounded in the shooting were suffering injuries ranging from minor to life-threatening. The two individuals who were killed were reported to be male.

Another media house had said that when the shooting started people scattered everywhere taking cover from the insane shooting. 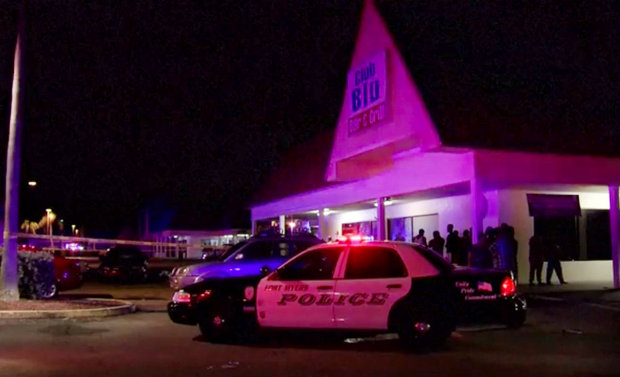 But so far no detail has been given by the police about the accused. Also, police will have to look for a motive behind the shooting as the reason remains unknown for now.

Another shooting near the same place:

For now, police are trying to find whether there is a link between all the three incidents. For now all the injured people in the shooting remains in the hospital.

For now, officials are searching the area to find any possible suspects or any clue about the person involved with such a heinous crime. A local broadcaster has described the situation in the club as a mad house and said it had grown fear in the heart of people.

It is not the first of its kind shooting that has taken place in the USA. Just a month back one of the biggest massacres in the country took place when a gunmen shot down 49 people and wounded 53 others in a terrorist attack at a nightclub in the Florida city of Orlando. The hate crime took place inside Pulse a gay nightclub.

In recent time gunshot cases had increased around the world as many people were injured and shoot down when a group of gunmen attacked a restaurant in the diplomatic quarter of Bangladesh some time back. The massacre was also committed in the name of religion.

But now what remains is to be seen is how will police try to not only bring justice for the current shooting in Florida but what stringent actions will be taken in the future to stop such hate crime.

Omicron Spreads: Experts Suggest to Take Covid Booster Shots As Soon As Possible
About Zeba Anwer 36 Articles
I am Zeba Anwer, a content writer who is still learning to make herself familiar with the world of technology. I am a writer by day and a reader by night who is still looking to make her footprint in the world of media. I am a restless traveler who still lives on the daily dose of ‘Friends’ sitcom.