By Zeba Anwer
5218 Views
Posted In
Health
Tagged as
Related

It’s believed that Turmeric may play a vital role in preventing and treating colon cancer which takes more than 1000 lives a year. A compound found in turmeric holds promise in treating colon cancer.
The perennial plant is one of the most valuable spices in the Indian house and is used to add color and a warm flavor to foods.
Other than this it is best used for centuries in Ayurvedic and Chinese medicines for the treatment of inflammation and to cure infections. 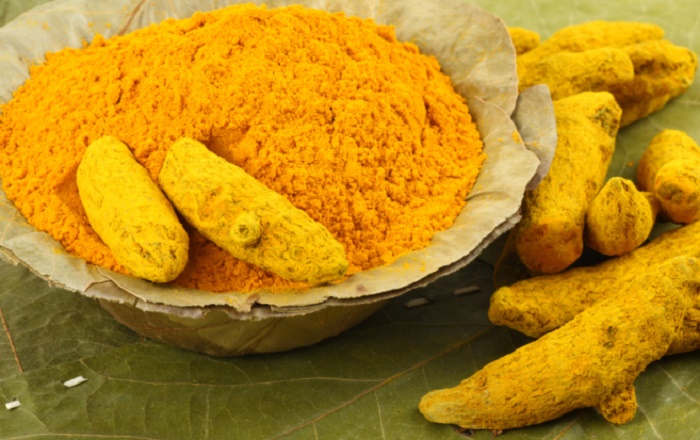 The researchers have found out that by combining two plant compounds known as curcumin and silymarin both have medicinal properties which can treat colon cancer and be used to treat liver disease.

To get the best result the researchers treated the cells initially with curcumin and after that with silymarin. The combination of the compound helped in fighting the cells of the colon cancer from multiplying and spreading.
In addition, turmeric therapeutic approaches assisted in avoiding toxicity problems and fighting the side effects that is caused by chemotherapy. It was noted in an experiment that when the cell was treated with both the compound of the yellow powder it helped in undergoing a high amount of cancer cell death.
Over the years researchers have studied how the compound curcumin helps in fighting the deadly disease. Even though many researchers in the past also pointed out how colon cancer can be cured by turmeric but no concrete information was provided until recent time. But current finding has shown that the spice slows the growth of new blood vessels in tumor and slowly helps in killing the cancerous cell.

How it helps in treating cancer:

To have a better understanding of the compound Ezekiel pass out from the Madurai Kamaraj University in Tamil Nadu believes that both the compound helps in fighting colon cancer but has for now held the research process until it’s proven that the compound treats people who have cancer.
For the research to be successful, the compound will have to be first studied in an animal model and then in humans because if not used in the right amount it may prove to be harmful to people.
To get the best result from turmeric, it is advisable that only to add little spices to your diet instead of taking high doses of the compound. The research paper was published in the Journal of Cancer.

< Previous Article
Forms of HIV can jump from chimps to humans, says research study
Next Article >
Mid-day Meal Program in Chennai suffers due to Insufficient staff
About the Author
Zeba Anwer