After marking a convincing series win against the World XI, a confident Pakistan side is all set to lock horns against Sri Lanka in a two-match test series and a five-game ODI series which will begin on September 28, 2017. The ODI series will be followed by three T20 encounters. All these games will be played in neutral venues of Dubai and Abu Dhabi.

Sri Lanka won the toss and elected to bat

Preparations going on in full swing

Pakistan cricket team, on September 19, 2017, has started training camp at the Gaddafi Stadium, Lahore ahead of the upcoming Test series. Pakistan head coach Mickey Arthur conducted a detailed lecture for the Pakistan team before the beginning of the camp which will run through September 23. 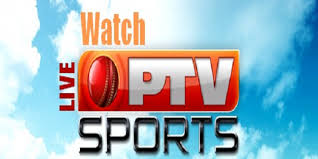 Azhar Ali, the former Pakistan skipper who is recovering from an injury is also attending the camp, and on the initial day, he did some light exercises. Pakistan who announced the 16-member squad a week back has included Azhar Ali, as the team does not want to take any chances in the crucial encounters against the Islanders.

On the other hand, Sri Lankan cricket team has been going through their toughest patches for the past one year. The team recently lost the five-game ODI series and a lone T20 against India.

As per the current ICC test rankings, Sri Lanka is placed in the seventh among the ten test playing nations, while Pakistan garners the sixth spot.

The first test match will be played at the Sheikh Zayed Stadium, Abu Dhabi on September 28, 2017. The second and third tests will be hosted at the Dubai International Stadium. The second game will begin on October 06, while the third match will start on October 13.

The ODI series will begin on October 16, 2017, at the Sheikh Zayed Stadium, Abu Dhabi, and it will end on October 23, 2017, with the last match at the Sharjah Cricket Stadium.

On October 26, 2017, the T20 encounters will begin. The second and third games will be played on October 27 and 29 respectively, at Abu Dhabi and Lahore.

Star Sports will telecast the games in this series in India. In Pakistan, all the matches will be telecast live on PTV Sports. For the live streaming, internet users can visit Hotstar or the official website of Star Sports.