SC rules in favor of the HC; Delhi to get oxygen supply soon 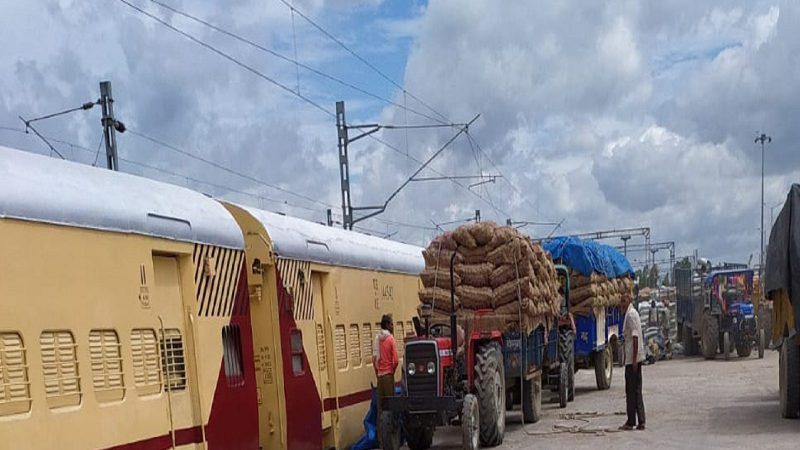 The first Kisan rail of North Eastern railways carries 210tonnes of potatoes in 4210bags. The train operated from Farrukhabad in Uttar Pradesh to Bihara in Assam yesterday.

The Ministry Of Railways tweeted that this Kisan rail has twenty-two bogies, which includes two parcel bogies and twenty passenger bogies.

First Kisan Rail of North Eastern Railway carrying 210.5 Tonnes Potatoes in 4210 Bags was operated from Farrukhabad, UP to Bihara in Assam yesterday.#MoveItLikeRailways pic.twitter.com/0v9Evygf9i

As per Jagaran, this train will reach Bihara station in Assam in three days. Each coach has ten tones of potatoes. To avoid a penalty of up to six times the fare on overloading, the farmers have loaded the goods a little less than the capacity.

This train will move non-stop from Farrukhabad to reach Bihara on Saturday.

From there the potatoes will then be sent to the local mandis of Assam for sale. Under the leadership of Ramlakhan Singh, a resident of Bharkha of the Rajepur area, 17 farmers together demanded Kisan Rail on 15 September.

The first Kisan Rail got approval from North Eastern Railway five days back. How Kisan Rail can be booked? To book Kisan Rail with 15 parcel coaches, at least 15 farmers have to organize and submit their full details along with the name, address, mobile number, Aadhar card, and date of loading along with Khatauni to the Railway Station Superintendent.

From here, the application goes to the Izzatnagar Headquarters and then to the Ministry of Railways. After getting approval from there, the farmers have to deposit an indent amount of one lakh rupees. After this, the train arrives depending on the availability. After the construction of the bilti, the farmers will have to pay the rent.