Bollywood movie “Queen” starring Kangana Ranaut and produced by Viacom18 Motion Pictures along with Phantom Films is released on March 7, 2014 across 1100 screens. 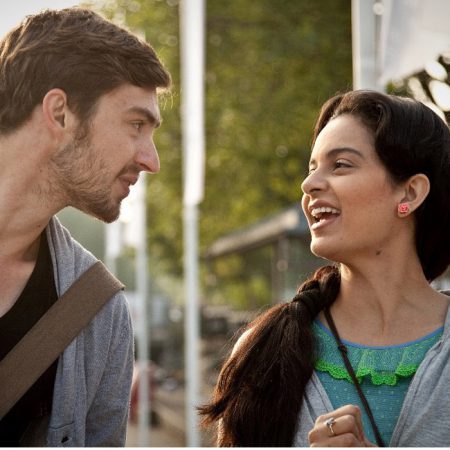 The movie is directed by Vikas Bahl and also stars “Aisha” fame Lisa Haydon and “Kai Po Che” fame Rajkummar Rao in lead roles. The story is about a small-town Indian girl, who goes on her honeymoon alone.

Famous music director Amit Trivedi has scored the music while the lyrics of the movie are by Anvita Dutt. “London Thumakda” has been playing across many music channels giving the buzz to the movie. With 146 minutes of run time, “Queen” is edited by Abhijit Kokate and Anurag Kashyap. The movie was also premiered at Busan Film Festival in October 2013.

< Previous Article
High court allows ‘Gulaab Gang’ releasing on Friday
Next Article >
Review: ‘300: Rise Of An Empire’ is not Perfect, But Stands As Eva Green Creates The Magic!
About the Author
Priya Bonthu