By Sanjeev Ramachandran
1337 Views
Posted In
Sports
Tagged as
Related

Former Pakistani captain Younis Khan has expressed his keenness to be part of the World Cup squad and insisted that age won’t prove a barrier if selectors put faith in him. 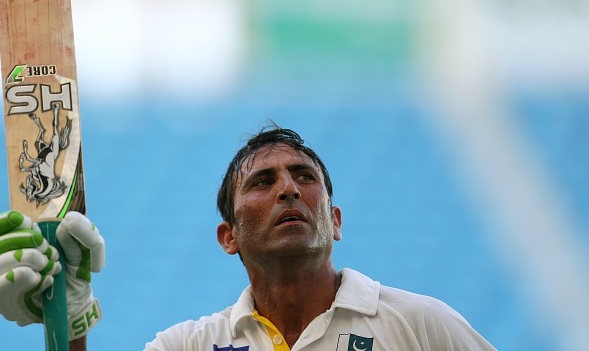 The right handed batsman excelled with his bat in the Test matches against Australia after he was dropped from the previous ODI series.

Speaking to Geo Sports channel, the 36-year-old urged for his selection on the basis of his current form so that he can play the right mix in the upcoming event.

Younis Khan, who will be turning 37 next month,was critical of the selectors for omitting his name from the recent ODIs.

He said that the selection for the World Cup squad should be made keeping aside the factors of age, position or color.

“No matter what age a batsman is, if he is in form and has match fitness he should be selected to play in ODIs,” Younis, who believes to make the return in ODIs prior to the World Cup, was quoted as saying.

He also revealed his plans to stay away from the two-match series after finding his name dropped from the ODI
squad.

He also expressed his gratitude to his friends, supporters and media for backing him.
Younis Khan, who is the leading test centurion for Pakistan, has proved his worth many a time and also stands out in his sublime contribution to some of the finest victories of Pakistan.

His match winning knock against Australia was also applauded by Michael Clarke who termed Younis Khan a gentleman of the game.

He will have his appearance in the upcoming Test series against New Zealand, which he believes will be crucial to create an impact in the selection procedure.