Bollywood actor Sanjay Dutt was released today evening from the from Yerwada Central Jail after he was granted two weeks furlough.

Dutt who had applied for furlough last month, is in prison from the last 18 months serving a five year sentence. 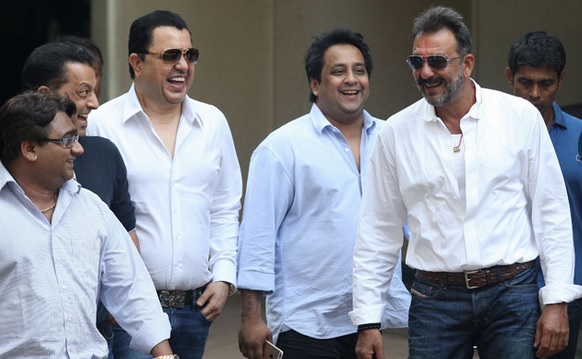 This is not the first time that Dutt has been released from jail for various reasons after granting furlough. He was granted furlough for 28 days in Oct 2013 on medical grounds.

Another time he was granted leave in December 2013 to attend ailing wife Maanyata after which there were protests in Mumbai from various organizations.

After he came out of the jail for the waiting photographers he looked pale and according to reports he has lost around 18 kgs! Dutt also made it a point to show his six-pack abs by lifting his shirt to the media as seen in the photograph.

The Yerawada jail superintendent Yogesh Desai said that an application of Dutt was received and was approved by the deputy inspector general. 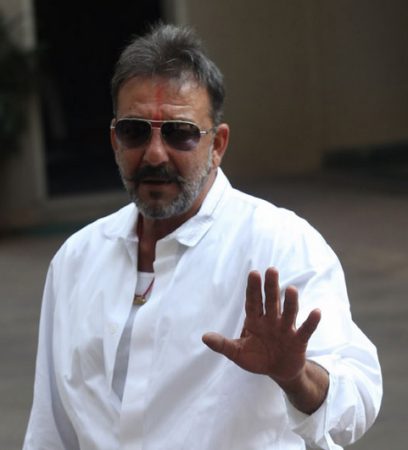 Sanjay Dutt was arrested under TADA in April 1993 for possession a 9mm pistol and an AK-56 assault rifle illegally.

He spent 18 months in jail and was later granted bail in April 1995.

The Supreme Court of India on March 21, 2013, convicted Dutt and sentenced him to five years imprisonment.

Dutt allegedly accepted a delivery of weapons at his house which was sent by jailed gangster Abu Salem and Riyaz Siddiqui, who were implicated in the Mumbai bomb blasts. 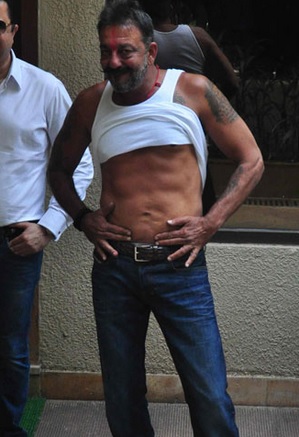 ‘Aagadu’: Shruthi Hassan to flaunt her dance and singing skills

Watch the powerful trailer of Bollywood film ‘Tevar’
About Manoj Nair 117 Articles
For Manoj, writing has been his first hobby, and after completing his domestic duties, he has plunged into his first love, writing. He is associated with writing for different news sites, like Blasting News, PanAsiabiz, and Herbal Remedy Sites like MamaHerb.com and AOR.