By Sanjeev Ramachandran
1216 Views
Posted In
Entertainment
Tagged as
Related

The People Choice Awards that just got over saw Robert Downey Jr walk away with two prestigious prizes. The actor know for his roles in “The Judge” and “Iron Man” won the awards for favorite dramatic movie actor and favorite movie actor. The People’s Choice Awards celebrate the best in film, television and music. 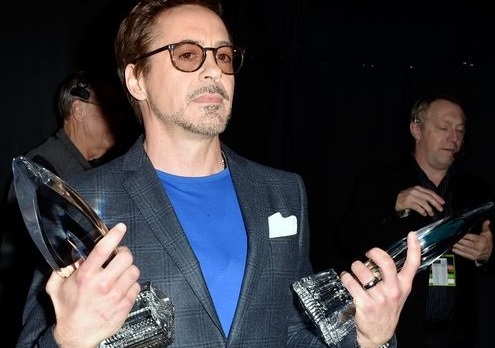 Among the winners was “The Big Bang Theory”, which won a handful of laurels. The sitcom that told the tale of a group of scientists bagged the favorite network TV comedy and favorite TV show awards. Kaley Cuoco-Sweeting was chosen as favorite comedic TV actress. Talk show host DeGeneres picked up the trophy for favorite daytime TV host.

“Grey’s Anatomy” star Ellen Pompeo was given the awards for both favorite dramatic TV actress and favorite network TV drama.
Iggy Azalea and Lady Antebellum, who performed during the People’s Choice Awards with Fall Out Boy, also had reasons to smile as they were conferred with prizes.

While Azalea was pronounced favorite hip-hop artist, Lady Antebellum got the prize for the favorite country group.

The awards ceremony also witnessed Ben Affleck being designated as the Humanitarian of the Year for his work with the Eastern Congo Initiative, which he co-founded in 2010 with Whitney Williams.

The organization advocates the economic and social growth of the country through various programs.