New Zealand and Pakistan will be having their final chance to gear up and be in fine fettle ahead of the World Cup with the two match series starting.

While Pakistan has been swinging through some good moods with the recent home series, the Kiwis will have a daunting task to be adaptive with the conditions, given their shallow run in the recent times.

In the first ODI that started this morning in Wellington, Pakistan score was 172/6 in 40 overs after New Zealand won the toss and elected to field first. 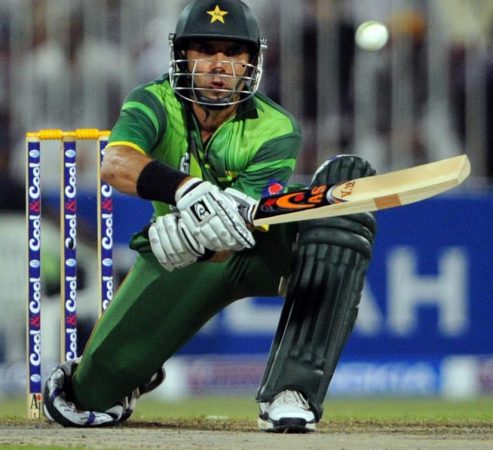 The two nations have locked horns earlier in the UAE, upon which the Black Caps sealed the ODI win with some mesmerizing performances from skipper Brendon McCullum.

Apart from that, the recent demolition of the Sri Lankan team has also reinforced the Kiwis potential.

New Zealand boasts strength in the depth in their batting. Starting from the deadly pair of Kane Williamson and Brendon McCullum, their willow power stretches down the order to Corey Anderson, Grant Elliot and Luke Ronchi.

And with all of them seeming to be in fine touch, the home team can sure carry forward the momentum to prove their worth in the World Cup.

For the visitors, the situation is just standing at the opposite pole as that of the home team. It’s more than a year since they have laid their hands on an ODI trophy. A couple of ODIs will be inadequate for the subcontinent team to cop up with the conditions.

Their two practice game has just echoed the same fact. Pakistan fell behind the New Zealand Board XI in both of their warm up games.

And with their prevailing form, it may take quite a time for them to be competitive. But the same would have to be undergone in anyways they can, as their inaugural match in the World Cup would be against their Arch rivals, India.

The matches will start at 2:00 PM local time (6:30 AM IST) and will be telecasted on PTV, Sky Sports and Ten Sports channels across the various parts of the globe. Watch the match live online on PTV Sports website here.

India A vs Bangladesh A only Test: Cricket Live Score and live streaming info

Star Sports live streaming India vs Pakistan World Cup match: Cricket live score
About Sanjeev Ramachandran 147 Articles
Sanjeev Ramachandran has found ultimate joy all through his 23-year-long journalism career by writing for national and international newspapers, websites and blogs. From technology to politics to sports to entertainment, he has been able to express ideas and pen opinion pieces on whatever triggers his interest. Currently at the helm of his own content and public relations company, called Siyahi – The Content & PR People, he makes sure that he doesn’t always let administrative tasks take over his writing space.