Recent talks of Cupertino Company are with their rumored desire to attach an automotive wing to its name. And now the matter gets even exposed, but hitting their desire in an adverse manner.

A lawsuit has now been filed against Apple, which on its other side hints that Apple is heading with sheer pace for their new venture.

It was reported earlier that garages are now been spawned in the Apple vicinity for coming up with their electric car, probably even a driver-less one. 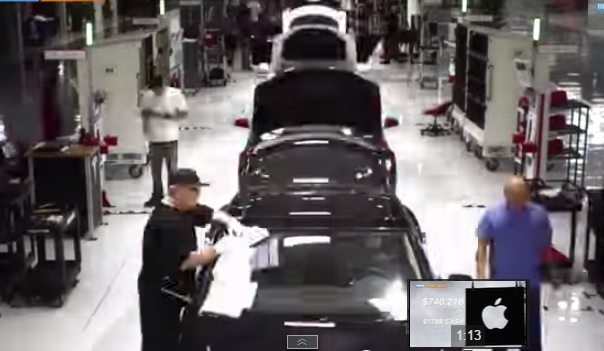 The dream was big indeed, and when dreaming big, they preferred to cover the vast human resources available right in front of them, but not quite legal as it sounds.

Electric-car battery makers A123 Systems are the ones that have filed a lawsuit against the multi-tech company, alleging that they have poached their technical engineers; probably with an aim to develop electric-car batteries that would be running their prime auto motives.

The lawsuit says that Apple has nabbed the technical expertise of their top engineers, who were involved with critical advancements in their company.

Filed in the Massachusetts federal court, the lawsuit was let loose by legal website law360.com. Neither Apple nor A123 Systems has yet responded to the situation.

Lawsuits filed against Apple are not something unheard of, but it’s the new area of interest that has brought the matter under curiosity.

It’s been accused in the same lawsuit that Apple has also been poaching upon the technical expertise from other companies like LG Chem. Ltd, Samsung SDI Co Ltd, Panasonic Corp, Toshiba Corp and Johnson Controls.

With the vast expertise they are seeking as per the accused, Apple is definitely eyeing to end up with something big for the offering.

Chances are also rare that Apple is eyeing to generate electric-car batteries to rival with A123 Systems, as accused. It was only in the last week that reports flooded out citing the poaching of Tesla engineers and other auto experts for building their new vehicle.

If matched with that, Apple is pushing for something indigenous from their house, starting right from the fuel source.

Apple iPhone smartphones to be manufactured in India soon

Samsung is Better Than Apple In Customer Satisfaction

Apple Inc. reports impressive second quarter earnings with increasing iPhone demand
About Sanjeev Ramachandran 147 Articles
Sanjeev Ramachandran has found ultimate joy all through his 23-year-long journalism career by writing for national and international newspapers, websites and blogs. From technology to politics to sports to entertainment, he has been able to express ideas and pen opinion pieces on whatever triggers his interest. Currently at the helm of his own content and public relations company, called Siyahi – The Content & PR People, he makes sure that he doesn’t always let administrative tasks take over his writing space.