For Shraddha Prasad, this is going to be the journey of a lifetime. The destination being Mars, 19 year old Shraddha has reasons to smile.

For, she is one of the three Indians who have been shortlisted for the one-way flight to Mars in 2024.

With the Red Planet now within reach, Kerala based Shraddha, who is pursuing a Mechanical Engineering degree from the Amrita University campus in Coimbatore, Tamil Nadu, is confidence personified. 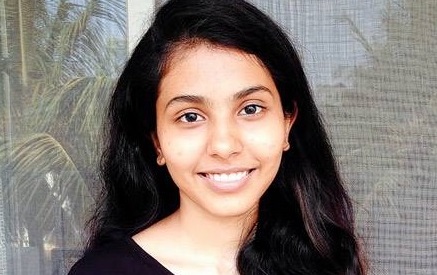 Stating that she feels proud that she has been selected from over 2.5 lakh applicants, Shraddha added that her parents who have been reluctant to see her involved in such risky activities are now okay with her journey to Mars.

Though her parents were a worried lot when she sent in her application, they are now fine with their daughter making it to the passengers’ list to Mars and have started supporting her.

Shraddha had applied back in July 2013 and an online interview was done. Personality and medical tests followed that and now she is waiting for the final interview, for which dates have not yet been announced.

The final interview will combine tests to know whether the shortlisted passengers would be able to endure the hardships of a permanent settlement on Mars. The first round of training will then be held at the Mars Outpost on Earth.

Shraddha being one among the three Indians shortlisted, the other two are 29-year old Taranjeet Singh Bhatia, who is pursuing a Doctorate in Computer Science at University of Central Florida and 29-year-old Dubai-based Ritika Singh.

Among the whole lot of candidates for the round three of the Mars 100 mission are 9 from the Americas, 31 from Europe, 16 from Asia, 7 from Africa and 7 from Oceania.