Indian skipper Virat Kohli and his girlfriend Bollywood actress Anushka Sharma are gearing up for a breakup according to reports dated Feb 1, 2016.

The duo was touted to be the most envied couples in the nation, but now, as per latest updates, things are not going in the right way in between the two.

Virat and Anushka have unfollowed each other on Instagram, and this is signalling towards a possible breakup. Fans of both these celebrities went crazy over this news, and they are all sharing this news through social media pages. 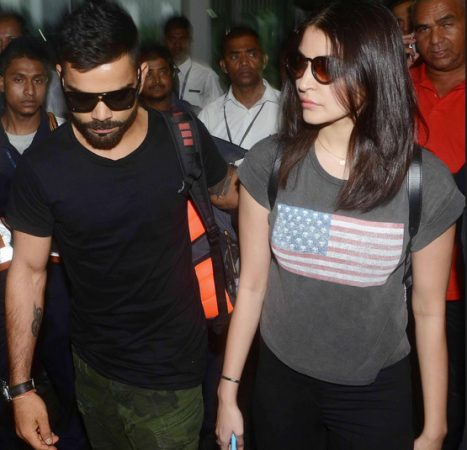 It should be noted that Indian team management has asked their players not to carry their lovers during abroad tours, and this is expected to have irked the ravishing actress.

Many other reports claim that Anushka has declined the marriage proposal from Virat, and this has created a tiff between the two. According to reports, Virat Kohli wished to tie the knot this year, but Anushka has some other plans in her mind.

Credible reports claim that Anushka wishes to take her career to a new level in 2016, both as an actress and producer. But Virat, on the other hand, wished to marry the actress within four or five months which resulted in a tiff between each other.

An official confirmation in this regard is yet to be made, but still most people believe that Virat and Anushka will tell Adios shortly.

Anushka Sharma is now busy with her acting and production ventures. The actress has reportedly signed her new movie with Salman Khan ‘Sultan’. Her upcoming release is ‘Ae DilHai Mushkil’ which has Ranbir Kapoor in the lead role. The movie also has Aishwarya Rai Bachchan in another prominent role. Karan Johar is directing the film, and it will hit the screens on October 16, 2016.