Google has confirmed that the acquisition of Massachusets based Boston Dynamics, which is famous for designing mobile research robots for the Pentagon is complete. 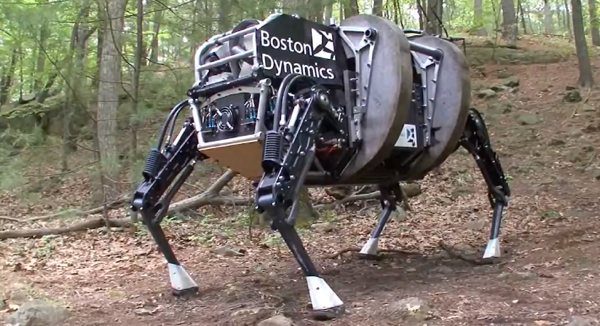 The company has earned reputation for designing machines which can walk and run as fast as Cheetah with an uncanny sense of balance. These robots have a reputation for being extraordinarily agile.

Founded in 1992 by a former professor at the MIT, Boston Dynamics has not yet sold robots commercially. However the company helped Sony electronics by providing consulting work on consumer robots like the ‘Aibo robotic dog’.

This is not the first robotics company acquired by Google as it has already acquired seven more robotic companies in the last half-year.

The deal is being looked upon as a Google’s idea on building autonomous systems which might do tasks from warehouse work to elder care.

One of the Youtube videos of a robot named ‘BigDog’ is a noisy, four-legged, gas-powered walking robot which can climbs hills, travel through snow and skitter on ice. Since being posted from 2008, the video has been viewed more than 15 million times.

Another most recent robot video is that ‘WildCat’ which can be seen galloping in high-speed circles. A video of a robot named ‘Cheetah’ shows the robot running on a treadmill clocking 29 mph which is about one mile per hour faster than Olympic fast runner Usain Bolt, but far shorter than that of a real cheetah, which can hit 65mph.