The spread of the new variant of the virus, Omicron, is increasing day by day. Several healthcare professionals have cautioned the government and citizens to take precautionary steps to minimize the effects of the virus. Fully vaccinated individuals should receive covid booster shots immediately to enhance their immunity against the virus. CNN reports that it has spread worldwide within two weeks after the first case involving Omicron and is now a dominant variant in South Africa. The traces of the new variant has been found in more than twenty countries across the world at present.

The US citizens are still suffering from the effects of the delta variant. In such a scenario, the arrival of a new variant aggravates the severity of the situation and can create panic among the citizens. The hospitals in the US have witnessed a continuous increase in cases that involve the delta variant. 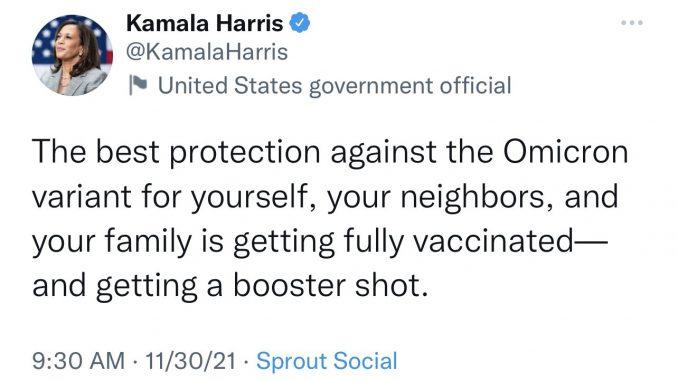 CNN quoted Dr. Fauci, the director of the National Institute of Allergy and infectious diseases. He said, “We know from experience that even with variants that are not specifically directed at by the vaccine, such as the Delta variant if you get the level of antibody high enough, the protection spills over to those variants.”

Dr. Francis Collins, the US National Institutes for Health director, said that the Omicron variant would have had spread in the US.

CNN quoted Follins, who said,” We do believe that this variant, which will probably come to our shores and will also be something vaccines and boosters can help you with. It has a lot of mutations, more than 50.”

First consignment of medical supplies from US lands in India

How to use the Coviself, a home test kit for COVID-19

Good News: Covaxin gets WHO approval for emergency use listing

Omicron detected in North America; Biden says ‘not a cause for panic’

CT scans to be avoided; might lead to cancer

Global Hunger Index Ranks India at 101 out of 116 countries, ‘Unscientific Methodology’ Centre
About S Ranjita 179 Articles
Ranjita is a seasoned writer on a variety of topics. She has been writing for 8 years now on various international publications. Entertainment and current news topics are her favorite. She can be reached at Ranjita@panasiabiz.com