Bollywood superstar, Mr. Perfect Aamir Khan’s latest movie “PK” has been released on December 19, 2014 all over India and in some other countries across the world too. 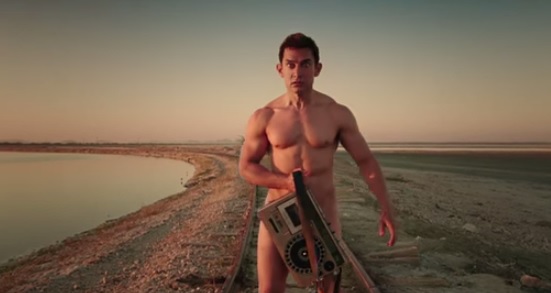 Having a massive fan following, the film has been running successfully worldwide and is expected to break all the previous box office records of all time.

But, suddenly as it’s always said that the success does not come in an easy way or the road of success has been always under construction, the same thing happened for “PK” as well.

In spite of tasting great success initially, the movie faces a terrible offence, when a right wing Hindu Organization started activism against the movie saying that the movie has hurted a lot of Hindu people across the country.

They objected a scene in the movie where they have shown ill remark about Hindu GOD Lord Shiva which has hurt the emotions of millions of Hindu people. Not only that, it is also said that there were a lot of offensive comments showcased during the entire movie which is highly unacceptable by other religions too.

Prashant Patel, Secretary of Hindu Legal Cell, has gone to the court and has filed a case against not only Aamir Khan, but, against film director Raju Hirani, producers Siddharth Roy Kapoor and Vidhu Vinod Chopra.

The right wing leader added on his statement that there was a dialogue in the movie as “Jo darta hai, woh Mandir jaata hai ” is an extremely offensive comment or statement against Hinduism and for this all the blamed ones should be penalized.

The social media like Facebook or Twitter also started reflecting the results of this allegation. Numerous supporters from the right wing campaigning in these social media too against the film and spreading news to ban the movie as it’s ” hurting their sentiments “.
It’s time to see now what would be the final judgment taken by the court, “BAN or RUN?”