Ending of January sales,  online market king Amazon has invested a new capital of Rs.1950 crore in order to accelerate its empower oncoming season. Most prominently Amazon is highly targeting its rivals on the national online store, Flipkart.

Amazon came forward to reveal  2017-18 statistics reports, as the company profited $1.35 billion which is written in company registry. While Flipkart already reached its domestic capital of $4 billion in the middle year of 2017. 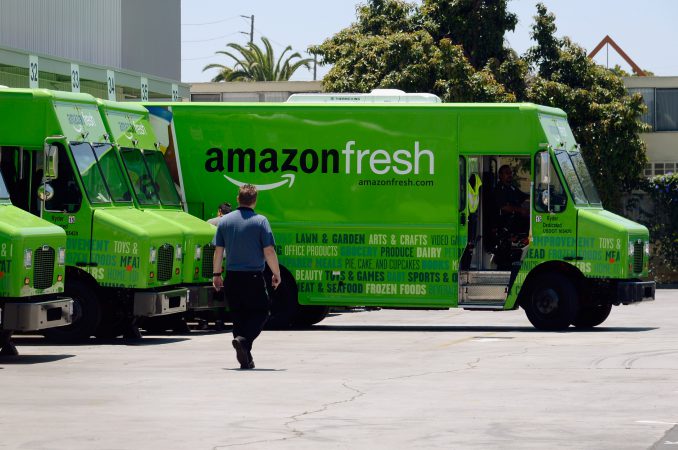 To rise up its market growth, Amazon India investing all the efforts to reach new customers.In the end of 2017, Amazon’s biggest infusion on Indian market supplied Rs.2900 crore to its Seller Services.

“We continued to exist our business in India with a long policy of making an e-commerce a  habit for Indian customers and funding in infrastructure to spread over all segments” said by Amazon’s representative.

Though Amazon is appropriated with local Amazon store homes, Supermarkets are still existed in leading local competition. Meanwhile, Flipkart has already announced its biggest launch of grocery services in all the local cites.In comparison, it acquired more than $5.5 billion in different estimates. At one instant it shows that Flipkart follows the e-commerce strategy of Big basket formula, an idea to integrate into local deliveries.

E-commerce analysts have revealed that small e-commerce sites are crawling in the steps of global online retailers in spending aggressively.

Meanwhile, a soft bank is still providing infusions to online trading sites to raise the market trading.With this fraternity, Amazon is ready to experience the coming e-market strategies.