Umesh Bist’s dark comedy-drama “Pagglait,” released on March 26, 2021, on Netflix, is an exception in itself.

The film, starring Sanya Malhotra, Ashutosh Rana, Raghubir Yadav, Sheeba Chaddha, and others, has gained immense popularity because of its unique and quirky storyline. 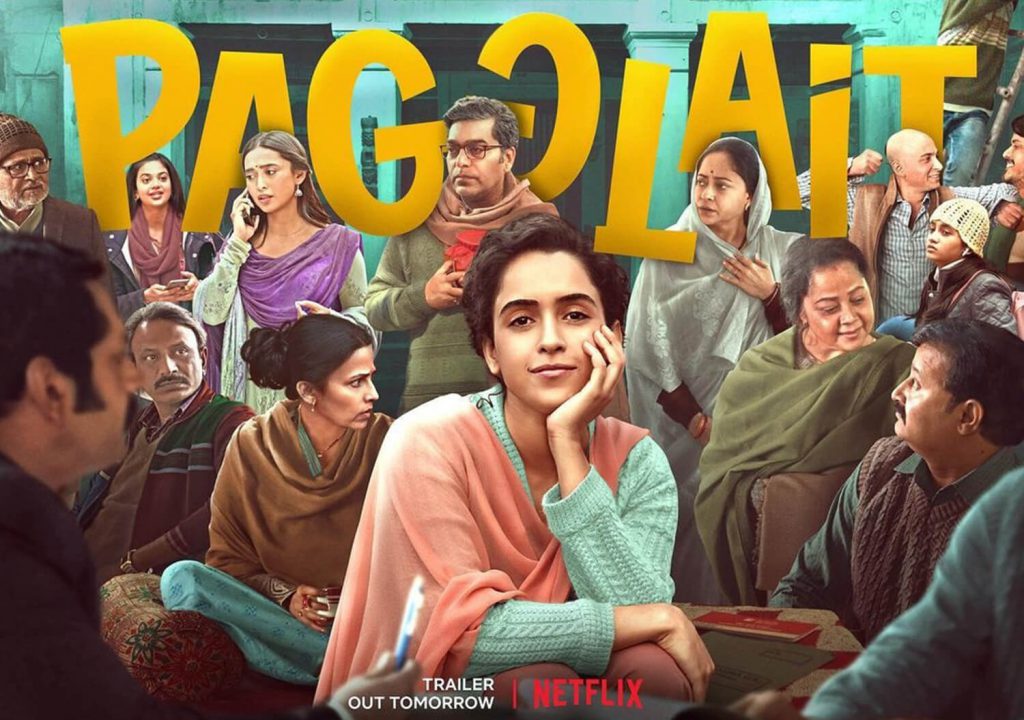 The film revolves around Sandhya (played by Sanya) and her eccentric behavior after her husband, Aastik. While the family members are confused by Sandhya’s attitude, she confesses to her friend, Nazia, to feel nothing about her husband’s demise because they did not know each other well enough.

Things go haywire when Sandhya finds out about her dead husband’s love affair through a photo hidden inside a file. When Aastik’s office colleagues come to pay condolences, Sandhya finds the girl from the photo, Aakanksha, and confronts her privately. Sandhya learns that her husband was not cheating on her because their relationship ended when Aakanksha’s parents disapproved of the marriage.

An exciting twist in the tale

The story takes an exciting turn when the insurance company shows up. Aastik had insurance of Rs. Fifty lakhs, of which Sandhya is the sole nominee. The whole family conspires to grab the money but in vain. Sandhya leaves the house after the funeral to go to another city to get a job but leaves the insurance money with her father-in-law.

The climax of the film is the best part. Even after being a topper in her MA class, Sandhya faced the same fate, which is very familiar in Indian society. Under the garb of comedy, the film highlights the age-old system prevalent in Indian middle-class families.

Sandhya’s parents’ sole purpose in life was to get her married. But as she embarks on a new journey, she breaks all the shackles imposed on her by society to live a life of her own choice.

The Times of India wrote, “This social drama also sniggers at the broken ties and loveless relationships we latch on to and maintain because – of course – ‘log kya kahenge?”